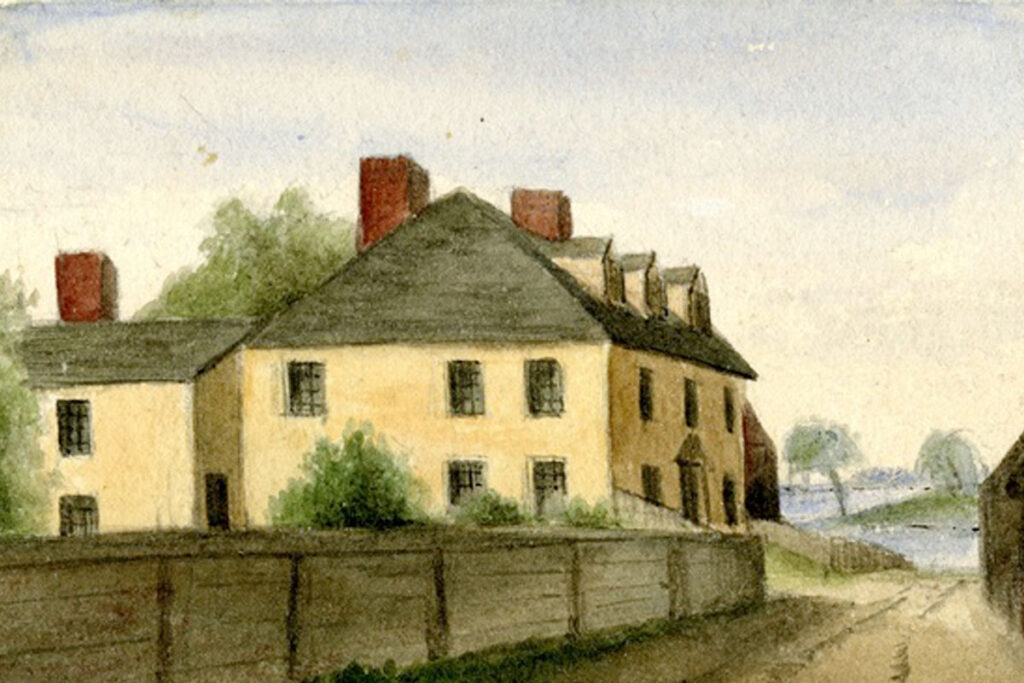 Of the many reports, studies, news articles and commentaries about the Tobias Lear House that I have read over the past several years, Sandra Rux’s history of the house stands out. This is a research project Sandra undertook as a volunteer board member of the Wentworth-Lear Historical Houses Association, prompted in part by her belief that the Tobias Lear house had not been built in one fell swoop in the 1740’s, as had been traditionally thought, but in two or more stages. Through extensive research of property deeds and probate inventories, Sandra proved that her hunch was correct: the house had initially been built sometime in the 1730’s as a modest two-over-two structure, which was doubled to its current “mansion” size a generation later. The soundness of that conclusion has been born out time and time again as the rehabilitation work on the house proceeds apace.

Sandra also brought to this research project an historian’s skepticism about the many popular stories that had grown up about the house. Through a meticulous assemblage of land records and census data, she disproves the popular notion that the house became a tenement after its sale in 1861 to Irish immigrants James Flynn and Jeremiah Falvey. In fact, the house continued as a multi-family house much as it had been during the continued Lear family ownership in the first half of the 19th century.

Importantly, also, Rux gives attention to the full, nearly 300-year history of the house, not just its colonial origins leading up to the famous visit of George Washington in 1789.  She sorts out, for example, the previously poorly understood roles of various owners of the house in first half of the 20th century, all of whom had an ostensible interest in preserving the house as an historical artifact, but not all of whom actually did anything to advance that interest. Jesse Varrell, she notes, an unsung, unmarried 47-year-old former bookkeeper, was responsible for at least some of the early 20th century efforts to refurbish the house. The controversial Colonial Revivalist and entrepreneur Wallace Nutting, on the other hand, apparently did little or nothing to the house, contrary to popular suspicions. He bought the house in 1917, perhaps to protect his ownership of the adjacent Wentworth-Gardner House, but was soon forced to sell it in 1919 as his fortunes went south with the entry of the US in World War I.

Other interesting details abound in this fact-packed 15-page history. Rux notes that the probate inventory of Tobias Lear II, who died in 1751, included two enslaved persons, “a Negro woman and her child,” valued at 250 English pounds.  And at the other end of the social and economic spectrum, in the 1930’s a committee to raise money for the purchase of the Lear house by the Society for the Preservation of New England Antiquities (“SPNEA,” now Historic New England) included such national dignitaries as Mrs. Theodore Roosevelt, wife of President Roosevelt, Charles Francis Adams, III, member of the most famous American family of that name until the advent of the eponymous 1960’s TV show; Sen. Harry Byrd of Virginia, the noted segregationist; former NH Gov. Huntley Spaulding, he of the local turnpike of that name, and two descendants of George Washington. August and distinguished though they were, the committee was unable to raise the $4,000 needed to purchase the house and the $20,000 endowment to secure its future.

An academically trained historian, Sandra did museum work and research projects focused on 18th and 19th century Connecticut before coming to Portsmouth in 2005 to serve as a joint manager for the John Paul Jones House (belonging to the Portsmouth Historical Society), the Warner House and the Wentworth-Gardner and Tobias Lear Houses. From 2008 to 2014, she was Manager and Curator for the Portsmouth Historical Society. She currently serves on the boards of the Warner House and the Wentworth-Gardner Association.

I asked Sandra to explain her research process and she graciously provided the following account of her work.

“Researching the History of the Tobias Lear House and its Families

“I was curious about the architecture of the Lear House from the beginning—noticing odd things, such as the extra post in the NW 1st floor room and the odd position of the stairs. It was so obviously a house that had been enlarged. I acquired copies of the inventories of Tobias III and Tobias IV that showed the growth of the house, as well as deeds for the Lear purchases.

“I began the serious research for the history of the house and its families in 2015 when it was needed for the historic structures report. I began with the various interpretations of the Lear history that provided at least a framework of dates. I proceeded to locate more deeds, probate inventories, newspaper ads and articles, Portsmouth City Directories, naturalization papers, etc. to get a complete picture of the families that lived in the Lear house. Many of the stories told about the house turned out not to be true:

Mary Stilson Lear’s father did not pay to have the house built; he did own the house next west on Hunking St but had financial difficulties of his own and soon moved away.

Samuel Storer and his wife Mary Lear Storer did not live in her half of the house—they lived in downtown Portsmouth, Rochester NH and Portland ME. However, I did not find any record of that half being rented before Mary Lear died in 1829. Their daughter Mary Lear Storer did live at the Lear House, both with her grandmother and then in her grandmother’s half of the house. She rented the other half. Mary Lear Storer had moved into her brother’s (George Washington Storer) house on Middle St. before they sold the Lear house to the Falvey family. While the Falvey’s were Irish, they became citizens and managed to pay off their mortgage and become respected in the community. Wallace Nutting made no modifications to the house, although if he had owned it for a longer time he might have “restored” it.

Jessie Varrell made quite a few changes to remove evidence of the Falvey occupation but was under a tax lien for much of the time she owned it so the house was falling apart by the time it was purchased by SPNEA. We are still not sure which changes were made by Ms Varrell and which by Stephen Decatur.

“Basically, there is no substitute for searching available documents for information about the families who lived there. With the technology available today, that is much easier than it would have been even a decade ago. New Hampshire deeds can be searched on the internet. Some New Hampshire probate records are available through Ancestry.com. Portsmouth newspapers are available on Genealogybank.com and both the Portsmouth Athenaeum and the Portsmouth Public Library have complete sets of Portsmouth Directories. In addition, some Lear and Langdon documents have been acquired by the Portsmouth Athenaeum in recent years.  All of this made it possible to provide an accurate account of the history of the families in the house, although I am sure that more details will come to light over time. Restoration work currently underway is helping to shed light on the physical changes made over the years which helps to complete the picture.” 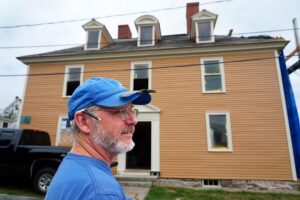 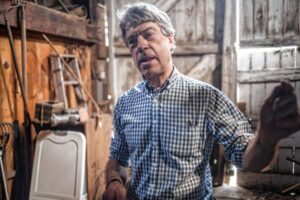